Signs and Symptoms of Meth Addiction

Some people begin using meth “constructively” to help them work or study longer. This is usually an extremely slippery slope and no matter the reasons for beginning meth use, the habit typically progresses to dependence and addiction as tolerance to the drug begins to build. This can cause someone to begin prioritizing meth use over most or all other aspects of their life, and usually exhibits some outward signs.

Meth use produces obvious, negative physical consequences such as tooth decay, malnutrition, and extreme sleep deprivation. When staying awake for days on end, the only other people who tend to be around are others who are likewise using meth and unable to sleep. This results in someone withdrawing from people who maintain a more “normal” sleep-wake cycle and strengthening relationships with other people who use meth. This isolation from friends and family can further impact someone’s life and speed up their slide into a full-blown addiction.

Some behaviors which are apparent in meth addiction include:

Signs of Meth Use

Meth is an extremely powerful stimulant that can have intense and long-lasting effects. These effects can sometimes be manifest as behaviors that are apparent to others. Some signs which may be an indication that someone is using meth may include: 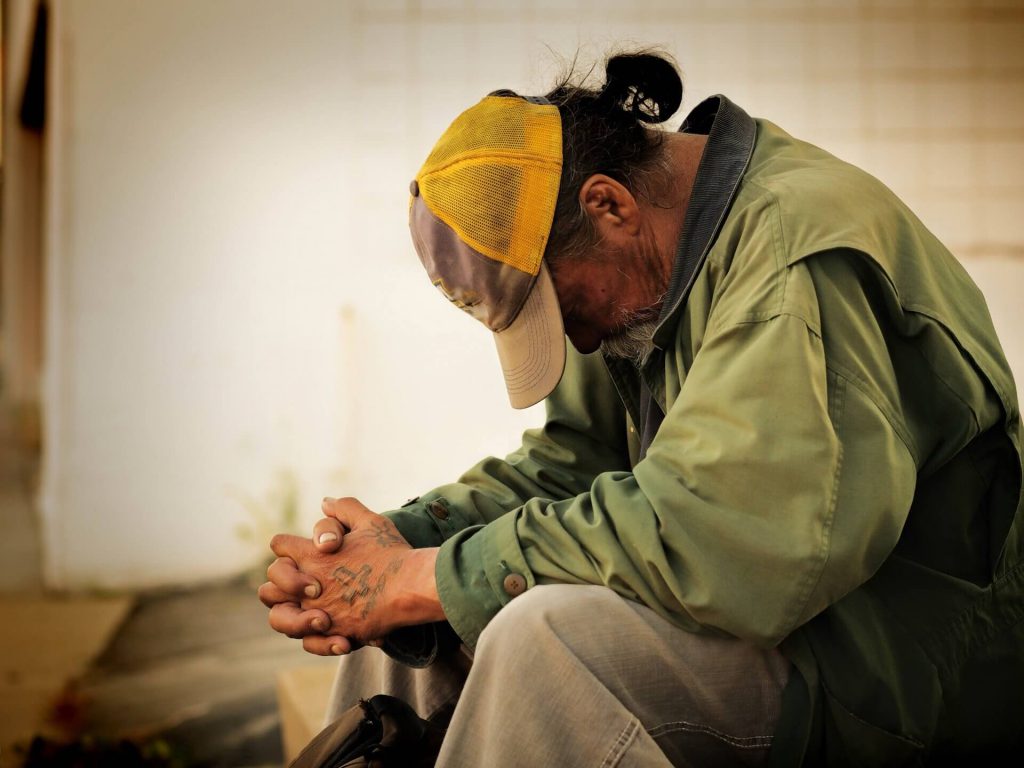 People who are early in meth addiction typically begin to exhibit worsening symptoms. These usually present as antisocial, self-destructive, and outright hostile behaviors and can include:

Someone struggling with meth addiction may begin to lose touch with family and friends fairly quickly after they begin using heavily. Aside from possibly scaring their family and friends, their schedule usually becomes more and more unusual. They may disappear for days or weeks at a time, and since sleep is no longer as much of a priority, there is no telling how long a binge could last. The more sleep-deprived someone becomes, the greater the risk for delusions, hallucinations, and paranoid behavior. It is not uncommon for someone to stay up for days while using meth to experience daylight hallucinations, as well as the possibility for psychotic episodes and delusions.

Why Is Meth So Addictive?

Somewhat similar to cocaine and amphetamines, chronic meth use can result in long-term changes to the structure and signaling pathways of the brain, especially in the limbic system. This is a part of the brain that is commonly referred to as the “reward center” and is responsible for feelings of pleasure, reward, and motivation. Chronic meth use can cause changes in the limbic system that reinforces the desire to use meth, sometimes to the point that using meth will be the only thing someone cares about. Depending on someone’s genetics and the length of time they used meth, these changes may or may not be reversible.

The Progression of Meth Addiction

Meth use can begin a slowly accelerating process of becoming chemically dependent on meth to achieve any sense of pleasure, as well as begin altering the structure and function of the brain itself. Using will typically become more frequent over the course of months, weeks, or even days. The more meth is used, the worse someone feels when they do not use meth, and this can accelerate the development of a full-blown addiction.

Once someone has used meth for long enough, it ceases to be a luxury. The fun has disappeared by this point and further meth use is a necessity. This is sometimes called the “withdrawal prevention” phase of addiction, as the main goal of further meth use is simply to not feel bad. The need for meth becomes the number one priority, and there lengths someone is willing to go for more meth can become more and more desperate.