Even though it is often portrayed as harmless, the effects of alcohol abuse can cause a variety of health issues, both acute and chronic. The U.S. Department of Health and Human Services, along with the USDA, have gone so far as to recommend that if a person is not already drinking alcohol, they "do not begin for any reason."

Alcohol is a strong central nervous system depressant that affects multiple organs and body systems. Some of the physical systems impacted most heavily are the cardiovascular system, digestive system, sex drive, and coordination. Alcohol use also affects vision, balance, memory, and higher reasoning. These effects are dose-dependent, meaning that the more alcohol someone drinks, the stronger the effects become. They can also intensify if alcohol is mixed with other drugs, particularly other depressants.

Health risks are also dose-dependent. Small amounts of alcohol pose little risk and can sometimes be beneficial when used in extreme moderation. Let’s look at the heart for an example. Light drinking (2-3 drinks per week) can slightly lower your risk of heart disease and stroke. Heavy drinking (4+ drinks per day) can have the opposite effect and lead to a variety of life-threatening heart conditions.

Once you take a drink, alcohol enters the blood by absorption through the stomach and the walls of the intestines. The majority of alcohol metabolism occurs in the liver, where it is broken down into acetate for elimination from the body. This process begins with the breakdown of alcohol into acetaldehyde. Acetaldehyde is a toxic metabolite and a known carcinogen in humans. It is present wherever alcohol metabolism takes place in the body.

The short-term effects are produced through alcohol-induced changes in how certain neurotransmitters work. GABA is a calming and inhibitory neurotransmitter. Alcohol use promotes GABA production as well as increasing sensitivity to it. Glutamate is an excitatory neurotransmitter that increases neurological arousal. Alcohol use reduces the impact of glutamate. When combined with alcohol’s effects on GABA, a strong depressant effect is produced. This all works to slow the brain down when alcohol is used in small doses. In larger doses, it can produce substantial neurological depression. Some of the immediate effects of alcohol consumption may include:

There are also short-term risks associated with alcohol use. These are mostly physical, as the neurological symptoms can take time to manifest. These can be harmful and cause potentially dangerous issues, including:

The body can only metabolize alcohol at a certain rate, no matter the amount ingested. This rate of metabolism varies between people and is dependent on body mass, liver function, and genetic factors. This means that if someone were to drink four drinks very quickly, they would still be getting drunk long after they actually finished drinking. Because of this, short-term effects can intensify even after someone has stopped drinking. 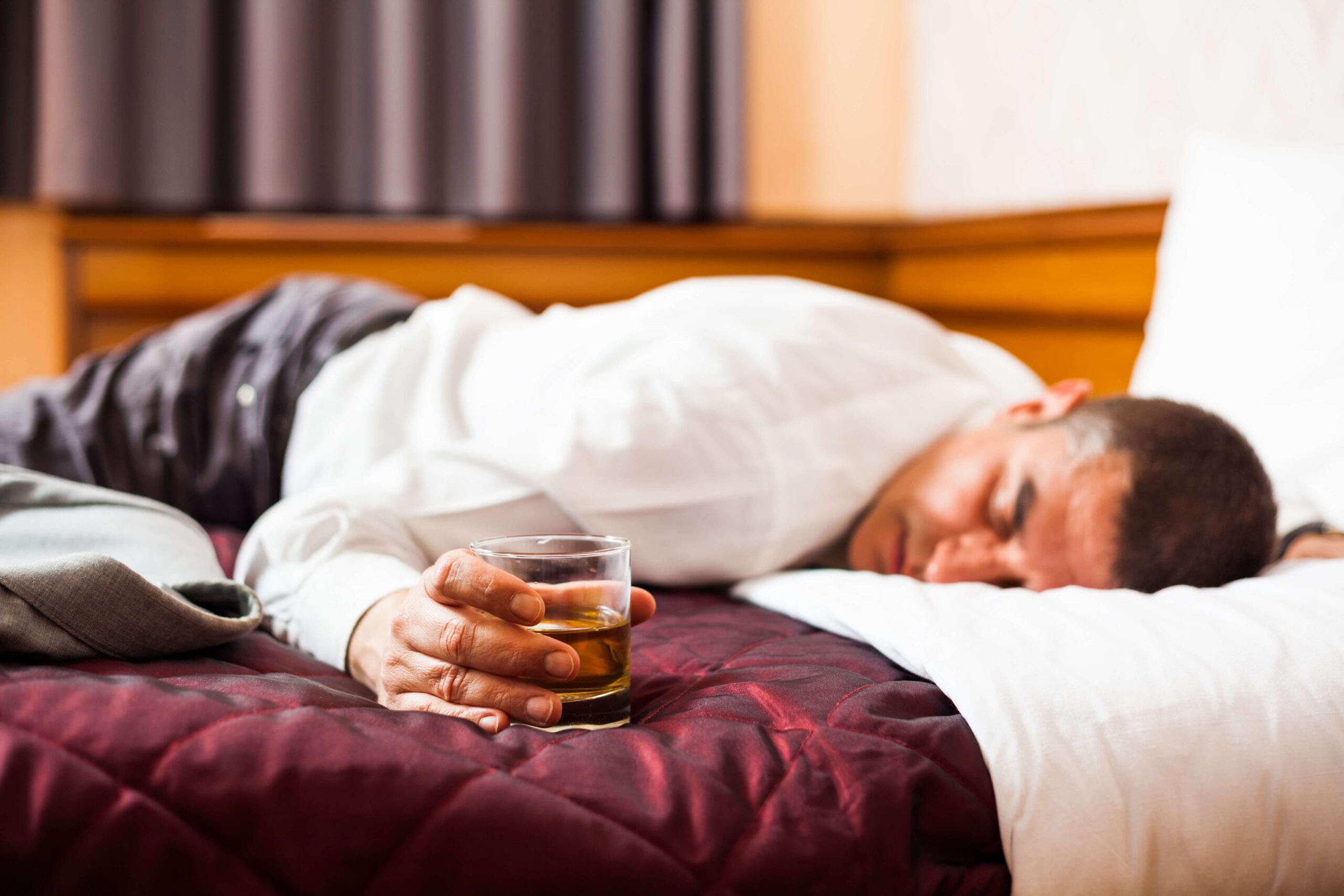 While alcohol usually has a small impact in the short term, the longer it is used, the more serious the risks become. After about a month of daily use, the body will begin to buildup a tolerance to alcohol. Neurological changes are known as “downregulation” will mean that someone needs to drink more alcohol to produce the same results. Likewise, metabolic changes occur which results in the body clearing alcohol from the blood more quickly. This causes people to feel drunk for a shorter time. Additionally, the faster clearance rate will result in someone having a more intense and rapid comedown from alcohol intoxication.

There are a variety of conditions that can worsen the normal damage done by alcohol. Many of these are actually caused by chronic alcohol abuse. This acts like a snowball effect, getting worse and worse over time. For example, the liver takes the brunt of the impact of alcohol metabolism and will begin to function less effectively. This has a cascade effect on every other organ in the body since the liver is responsible for clearing unwanted toxins from the blood and for synthesizing nutrients and proteins. Additionally, the body will begin to prioritize alcohol metabolism over food metabolism. Even if someone eats while drinking, they get less nutrition from the food than they would if they ate without alcohol.

These changes, along with continued damage to the liver, intestines, brain, kidneys, and heart, can produce a wide variety of chronic health issues. Some of these can heal with continued abstinence, but others are permanent. Common risks associated with long term alcohol use may include:

A common neurological condition that results from chronic alcohol abuse is known as Wernicke-Korsakoff syndrome. In years past, this was referred to as “wet brain” although it is actually two distinct conditions that are often lumped together. Wernicke’s Encephalopathy is an acute (intense and sudden in onset) condition. Korsakoff’s Psychosis is a chronic (long-onset and long-lasting) condition. They are both produced by the same deficiency of thiamine, but the duration or severity will determine if Wernicke’s will progress to Korsakoff’s.