What Alcohol Abuse Does To The Body & Brain

Alcohol use is pervasive in today's culture. Even though many people drink frequently, very few people know the specifics of what alcohol does to the brain and body.

These effects of alcohol are far-reaching and can sometimes be very dangerous. Here, we will take a look at the exact way that alcohol affects the brain and the various systems of the body.

How Alcohol Affects The Brain

The most direct and immediate impact of alcohol is on the neurotransmitters GABA and glutamate. These neurotransmitters calm (GABA) and intensify (glutamate) signals in the brain. Alcohol increases GABA and causes a sharp drop in glutamate, producing depressant effects. Alcohol also impacts mood elevation and anxiety reduction through serotonin. Pleasure and good memories associated with alcohol use are increased as dopamine increases.

Changes in neurotransmitters produce a variety of psychological and neurological effects, including:

After taking a drink, the levels of GABA rise while glutamate levels decrease. You will begin to feel relaxed and less aware of your environment. This also leads to impaired coordination, reduced motor control, and a slower reaction time. Judgment and higher reasoning are impaired as GABA levels increase. You may also feel like things are less important or less risky than they actually are.

Alcohol use can also impair memory. At low doses, memory loss is mild. When a person continues to drink in excess, memory loss can be significant. This may eventually result in a blackout. A blackout is when brain function is so impaired that it cannot create or store memories. Alcohol is also going to affect vision through the muscles that focus and control the eyes. It will interfere with signals sent from the optic nerve, distorting vision.

The emotional effects of alcohol use are complicated and paradoxical. In the short term, alcohol can make you feel happy and calm. You may have more fun doing normal, mundane things while intoxicated. In the long term, the effects are the opposite. When you come down from being drunk, typically the next morning, a hangover is often the result. You will experience physical symptoms such as headaches and stomach trouble. You may also feel an increase in anxiety and depression. With decreased GABA and increased glutamate, you will begin to feel on-edge and tense. These feelings will only worsen the longer alcohol is used. The brain’s regulation processes will make negative symptoms more pronounced over time.

While drinking, you are likely to feel more outgoing and friendly with decreased inhibitions. You won’t have the normal hesitance to be completely open with those around you. Drinking can promote feelings of solidarity and fellowship which is often why people do it socially. Additionally, the effect that alcohol has on dopamine means that positive memories are strongly linked to alcohol use. This contributes to a deepening dependence on alcohol. It also means that alcohol is often associated with good times, producing a desire to drink.

Alcohol decreases your ability to perform “big picture” thinking. This means that short-term fun will take priority over long-term risk. You may partake in driving drunk, fighting, stealing, or anonymous sex while drunk. Thrills and excitement seem much more attractive since the potential risks can’t be weighed properly. Coupled with the risks of lowered reasoning, sex drive is also increased. Greater sexual impulses can cause someone who is drunk to give in to base instincts. This can result in unsafe sex, sex they would later regret, and sex with people that the drinker would not sleep with if they were sober.

When inhibitions are at an all-time low, you may partake in other risky behaviors such as drug use. Mixing drugs with alcohol can be dangerous. Depending on the drug, combining it with alcohol could be fatal. 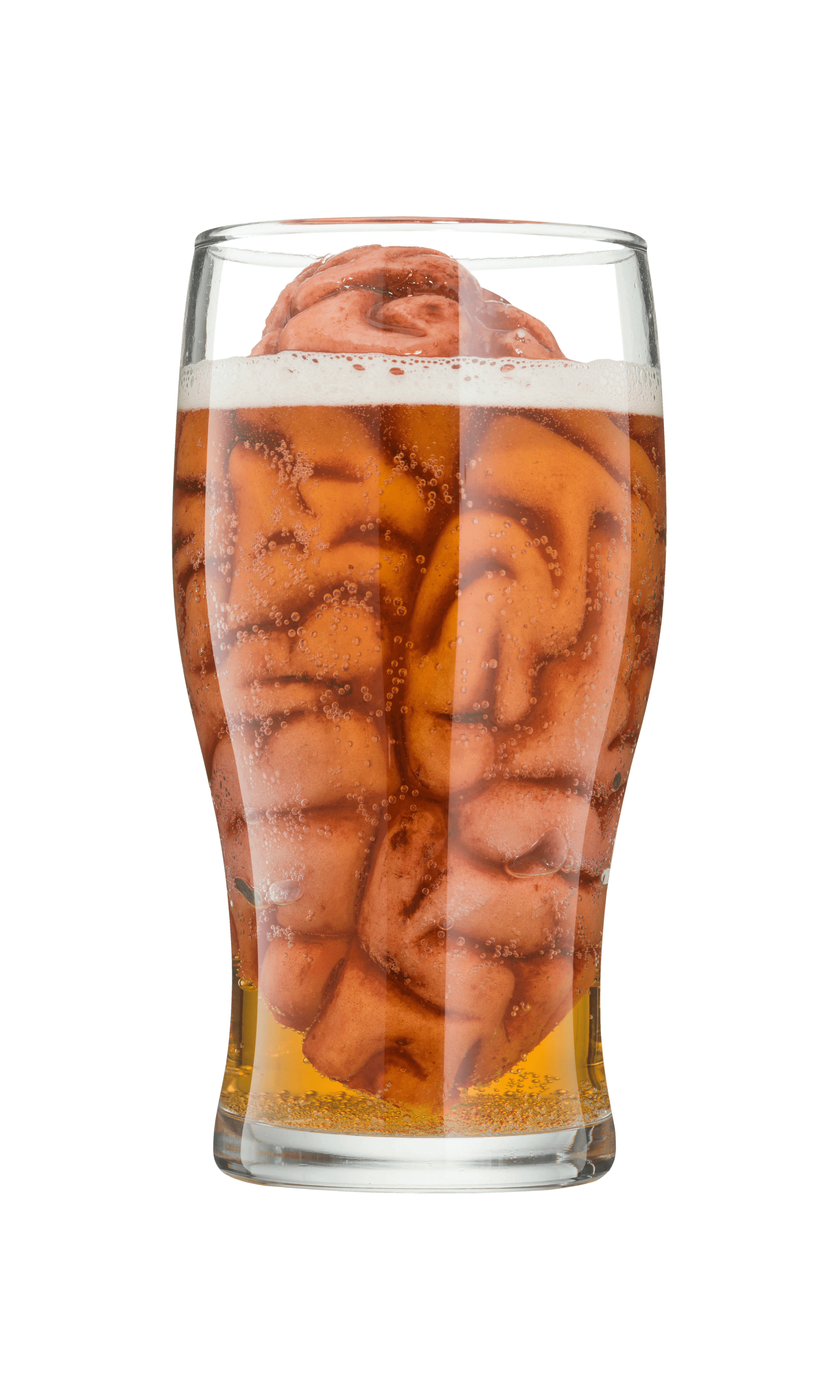 How Alcohol Affects The Body

Alcohol has a very heavy impact on the body as well as the brain. The physical effects of alcohol are depressive. It can also affect other systems, interrupting normal function. Symptoms vary depending on the affected system, so we have broken down these effects as follows:

While alcohol is a central nervous system depressant, it has the opposite effect when it comes to the heart. Alcohol acts as a vasodilator, causing the blood vessels to relax. This allows more blood to reach the tissues and skin and is responsible for the flushing of the face when drinking. Blood pressure is lowered, meaning that the heart has to work harder to circulate blood. Heart rate becomes higher. This can lead to an increased risk of stroke, as blood pressure fluctuations happen more frequently.

Oxidative stress in the cardiovascular system as alcohol metabolizes is another cause for concern. Toxic byproducts are produced and must travel through the blood to before it is filtered. These byproducts can cause damage to the vessels. They can also damage other organs if blood with toxins passes through them. Alcohol can play a role in damaging the myocardium (heart muscle tissue). Finally, alcohol makes it more difficult for blood to clot which increases the risk of blood loss through injury.

When drinking alcohol, a person’s breathing rate increases. This is because the body needs more oxygen as the heart rate increases. Alcohol use also changes the structure of the lungs, making them more susceptible to infection and injury. When drinking alcohol, the interior surface of the lungs (the alveolar epithelium) becomes more permeable. This encourages fluids to leak from cells into the airways, causing a wide range of issues. Aside from compromising lung immune function, alcohol reduces the overall efficiency of the lungs and will worsen any other complications already present.

While the majority of alcohol metabolism occurs in the liver, it can occur elsewhere in the body as well. Alcohol metabolism is the process by which the body rids itself of alcohol. This first requires alcohol to be metabolized into acetaldehyde, which is extremely toxic and a known carcinogen in humans. Alcohol use takes a heavy toll on the gastrointestinal tract. This can begin in the stomach, where alcohol is corrosive to the protective mucus of the stomach. It can increase the risk of a stomach ulcer or esophageal issues. Once in the small intestine, alcohol begins to kill many of the healthy gut bacteria that help digest food. The most immediate effect alcohol has on the digestive system is prohibiting the normal absorption of nutrients such as fats, proteins, and vitamins. It can also damage mucous membranes prevalent in the gut.

Additionally, since alcohol is a toxin, the body will prioritize alcohol metabolism over normal food metabolism. This can result in brain damage through alcohol-induced thiamine deficiency. You may also experience chronic diarrhea and poor nutrition in general. Even though a person may eat while they are drinking, they are getting much less nutrition if alcohol is present.

Alcohol can have a serious impact on reproduction and fertility in both men and women. Drinking alcohol while pregnant can lead to a wide range of very serious complications and birth defects. Some of the specific reproductive effects may include:

If you or someone you know is struggling with alcohol use, it is recommended to enter a detox center before going into treatment. The effects of suddenly stopping alcohol use can be dangerous or fatal. Once detox is complete, entering an inpatient rehab can help someone begin building a solid foundation in recovery.