Court-ordered rehab used to cause severe financial hardships on poor or middle class families. Rehab costs thousands of dollars, and, in most cases, the court does not bear the burden of paying the costs. Now that the Affordable Care Act (ACA) is in effect, most people are able to use insurance to cover the cost of court-ordered rehabilitation.

The justice system often orders rehab in cases where defendants face charges that are due to or relate to drug or alcohol use. For example, in drug-possession or driving-while-impaired cases, rehab may be offered as an alternative to serving jail time or other sentencing options. Prior to the ACA, many insurance plans did not cover substance abuse. Further, many people with substance abuse problems had no insurance. This created an unbalanced situation. Wealthy defendants could pay for rehab while poorer ones may find themselves behind bars.

How insurance works with court-ordered rehab

For defendants given the opportunity to attend rehab, it is always worth the investment of time and money. Insurance will cover most or all of the costs. Some insurance plans have copay and deductible amounts that must be reached before the coverage kicks in. For people facing potential jail time, these out-of-pocket expenses are always worth paying. Also, many court orders allow for certain charges to be dropped or expunged if the defendant completes court-ordered rehab. The long-term benefits of having a clean record far outweigh the short-term expense.

Rehab involves an investment of time. Getting clear of addiction takes work. In the long run, the health benefits of becoming drug and alcohol free are immense. Today’s street drugs are so potent that rapid addiction, destruction of vital organs and tissues, and overdose are bigger dangers than ever before. The time spent in rehab can be the most productive time of your life.

The type of insurance you carry affects how much coverage you have and what you must pay out of pocket. To get details, it’s best to contact your insurance company before entering rehab. Here are details about what different plan types cover:

The ACA requires all Medicaid plans to cover substance abuse treatment. If you are on Medicaid, you are in good shape. Medicaid comes without copays and out-of-pocket expenses.

Qualifying for Medicaid depends on the state where you reside. Many states have expanded Medicaid coverage to include all people who make less than 133 percent of the federal poverty line, which has allowed millions of people to qualify for Medicaid. States that did not expand Medicaid still must cover substance abuse treatment for Medicaid recipients.

Medicare also covers substance-abuse treatment. Unlike Medicaid, qualification is not based on income. Medicare covers people age 65 and over.

Many people purchase private insurance on an individual basis. These plans can be purchased through the healthcare.gov exchanges or via other sources. Under ACA, these plans must cover substance abuse treatment; however, there may be out-of-pocket costs. Most private insurance plans have relatively high deductibles of several thousand dollars or more. Funds from a health savings account (HSA) can be used to cover out-of-pocket rehab costs.

What if you have no insurance?

Despite the ACA, there are still millions of Americans who remain uncovered. Many have fallen through the cracks because they do not qualify for Medicaid, have no group insurance, and cannot afford private insurance. If you have no insurance and receive court-ordered rehab, try contacting a health plan navigator through healthcare.gov, who can assist in finding an affordable plan. Alternatively, many rehab centers offer services on a sliding scale. Some religious organizations run sober homes that are low cost.

Court-ordered rehab can provide a great alternative to jail and a criminal record. In most cases, the expense is covered by insurance. In addition to complying with the court mandate, attending rehab allows court-ordered clients to detox safely and attend therapy that helps them enjoy a substance free life 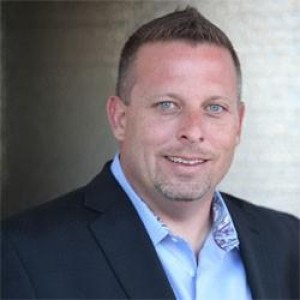