Borderline personality disorder in men is widely under-diagnosed because it is often accompanied by substance or alcohol abuse and a number of other mental health conditions which can make an accurate diagnosis tricky. It is imperative that men struggling with BPD seek help through a dual diagnosis treatment facility that can target the underlying BPD. By getting the necessary help, men with BPD have a much higher chance of long-term remission which will contribute to a higher standard of living. 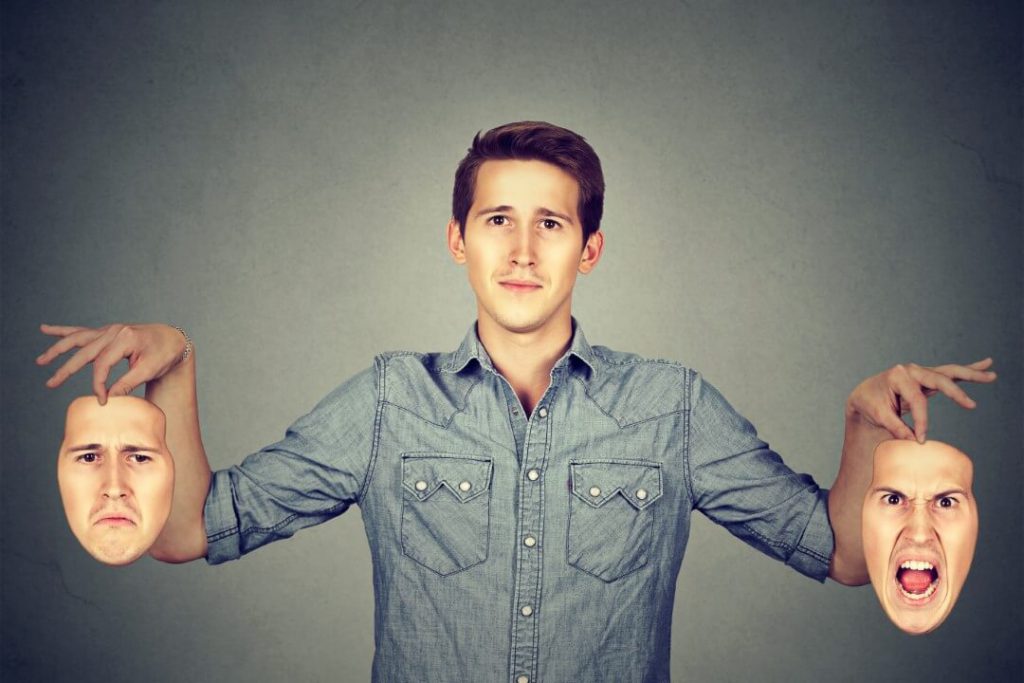 Why Is Borderline Personality Disorder Under-Diagnosed in Men?

Borderline personality disorder (BPD) is a condition that is characterized by changing mood patterns, impulsivity, and difficulty regulating emotions and maintaining healthy, stable relationships. Historically, BPD was thought to be more prevalent in women than men, however, recent studies have found that borderline personality disorder in men is seen just as often, despite the lack of official diagnoses in men. This is due to a number of factors, but most strongly because men are less likely to seek pharmacotherapy or psychotherapy services and typically find themselves incarcerated or in substance abuse rehabilitation facilities due to their underlying and untreated BPD. Studies have also shown that gender bias regarding a BPD diagnosis may also over-represent women as having BPD since there is a common bias towards diagnosing men with substance abuse disorders.

Currently, it is believed that BPD affects 1.6% of the general population and 20% of psychiatric patients. There is a lifetime prevalence of BPD at 5.9%. Though BPD is affected by both genetic and environmental factors, almost 70% of people with BPD have a history of childhood maltreatment whether physical, sexual, or emotional. Most people seek initial treatment for BPD around the age of 18, however, symptoms typically present at a much earlier age. Patients under 18 are not typically given a formal BPD diagnosis, however, unless they seek treatment through psychotherapy with symptoms that present themselves for longer than a year. The earlier BPD is diagnosed, the earlier treatment can begin, and the more likely remission is to be reached and maintained.

Though there is no difference in men and women with regards to the prevalence of BPD, women are over-diagnosed compared to men at a rate of 3:1. This over-diagnosis is often due to the fact that BPD in women is often associated with eating disorders and anxiety disorders which will direct them to psychological services focused on cognitive therapies whereas men with BPD commonly exhibit signs that point them to correctional facilities or substance abuse rehabilitation centers.

Although most symptoms of BPD are consistent in both men and women, symptoms that are more prevalent in men include:

Borderline personality disorder in men is often accompanied by several different co-occurring disorders and conditions including:

Treatment for Men with BPD

Because men with BPD are more likely to end up within the prison system or substance abuse treatment centers, it is important to recognize that the root cause of the problems is borderline personality disorder. Seeking treatment in a dual diagnosis setting will ensure that both the BPD and the co-occurring conditions are treated, thus leading to a longer-term period of remission. The most effective treatment for BPD is mentalization-based therapy (MBT), dialectical behavior therapy (DBT), and transference-focused psychotherapy (TFP). Though some psychiatrists may recommend mood stabilizers or antidepressants to help with co-occurring conditions, however, most patients see remission in their BPD with behavioral therapies and less so with medication, as there is no medication specifically for treating BPD.

MBT focuses on the treatment of emotional regulation. This process helps men with BPD make sense of themselves and others in a more positive way which helps to improve emotional stability, mood swings, and relationships. This form of treatment can help reduce explosive temperament that is associated with men who struggle with BPD, and it can also reduce impulsivity or risk-taking behaviors. A study done on MBT treatments in people with BPD showed that eight years after the initial treatment, only 14% of the participants in the study still met diagnostic criteria for BPD.

DBT uses mindfulness and interpersonal/emotional regulation skills and therapies to help men with BPD learn to control intense emotions, reduce self-destructive behaviors, and improve relationships all aiming at improving the quality of life of the patient. The four components of DBT are:

Currently, DBT is the most effective form of treatment for people struggling with BPD as it is a multi-faceted treatment program that targets multiple symptoms of BPD, and the plan is designed to target the individual patient’s specific needs.

CBT is used to help patients with BPD recognize and change beliefs and behaviors that lead to negative perceptions of themselves, thus helping with interpersonal relationships.

TFP allows patients with BPD to establish a relationship with their therapist which helps point out the problems that a specific patient may have with interpersonal relationships.

Seeking psychotherapy or other behavioral health services is crucial for the management and treatment of borderline personality disorder in men. Those who received an official BPD diagnosis and obtained professional treatment saw 35% remission after 2 years and 91% remission after 10 years. Behavioral treatments helped to improve the standard of living for men with BPD across all areas. Most people with BPD will improve with treatment over time, however, symptoms and relapses are unpredictable and continued therapy is often needed.

It is crucial that men who are experiencing comorbid conditions of BPD and substance abuse seek a dual diagnosis treatment center in Georgia rather than relying solely on substance abuse treatment, as relapse is more likely when the root cause is left unaddressed. According to SAMHSA, in people with co-occurring mental health and substance abuse issues, receiving integrated, dual-diagnosis care is the most effective way for someone to achieve long-term recovery, and live a happy and healthy life.

To find out more about borderline personality disorder, check out our other articles on the topic below.