How Does Kratom Get You High?

Because it is a legal substance that can be used to get high, kratom's popularity has increased. It can act as both an opioid and a stimulant depending on the amounts used. Below we will take a look at the exact mechanisms that kratom uses to produce its effects.

There are several different types, or strains, of kratom which are rumored by users to produce a variety of effects. Each carries with them the potential for abuse. Aside from the strains, there are subcategories referred to as “veins” which come in three colors: red, green, and white. The rumored effects of these strains and veins include:

While there are thorough and ongoing animal studies to investigate the way kratom works, little is currently known about the exact ways it produces the variety of effects observed in humans. Further research and behavioral health studies are needed to better understand this strange drug. 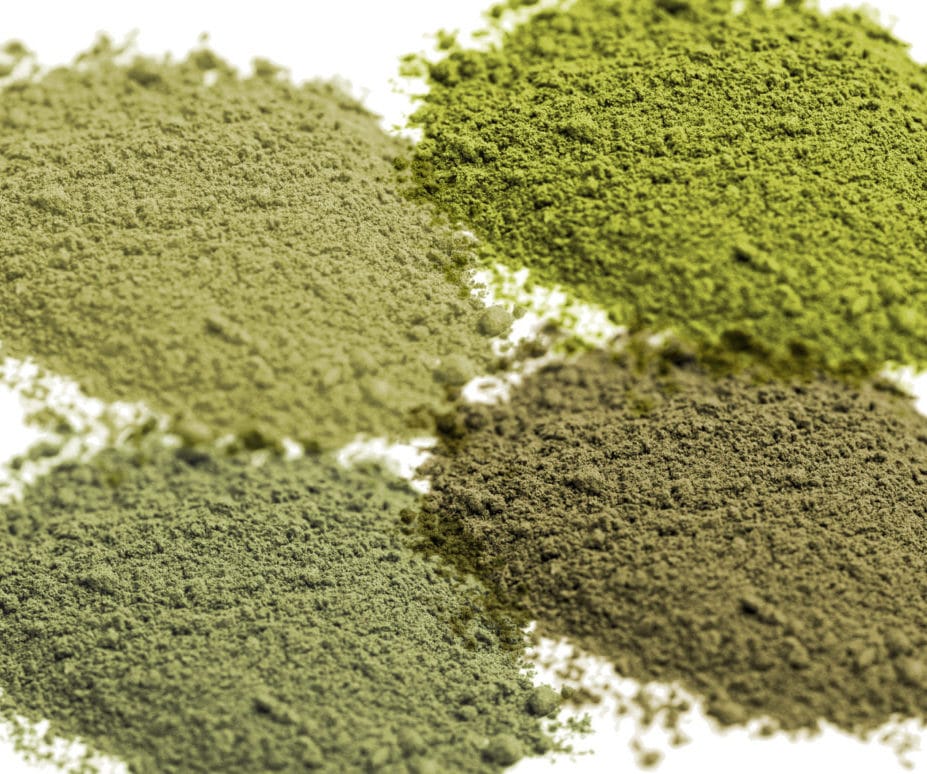 The exact medicinal chemistry of Kratom has yet to be clearly understood and research is still ongoing. What is known, however, is that there are over 40 biologically active compounds in kratom. The most potent of these compounds is mitragynine, its major metabolite 7-Hydroxymitragynine (7-HMG), and mitragynine pseudoindoxyl (MPI). The way the plant is processed can affect the balance and total quantities of these drugs in the final product, be it whole leaf, powder, capsule, or tablet.

Some of the different extraction and processing methods include:

Depending on the purity of the kratom and the way it is processed, the effects can be quite different. While the potency of mitragynine is up for debate, its painkilling effects (including those of MPI & 7-HMG) are due to μ-opioid receptor stimulation, regardless of their other interactions. Mitragynine and its metabolites interact with several neurotransmitters and non-opioid receptors in the nervous system. Mitragynine also causes skeletal muscle relaxation through interactions at the nerve-muscle junction. In addition, MPI has inhibitory effects on the gastrointestinal tract leading to opioid-like constipation as well as partial paralysis of male genitalia (specifically the vas deferens).

While it seems that mitragynine may be responsible for the stimulant-like effects, 7-HMG and MPI are most likely responsible for the opioid-like effects. 7-HMG is 13 times more potent than morphine. MPI is 20-times more potent than morphine as a painkiller. When taking medium-to-large doses of Kratom, it seems that the effects of 7-HMG and MPI become more dominant and overpower the stimulant effects of mitragynine. These two metabolites bind to the same opioid receptors in the brain as do traditional opioids, particularly the μ-opioid receptor, so the effects felt are very similar to those of classic opioid drugs. These effects can include:

Several less active compounds can lead to secondary effects for kratom users. These are considered analogs of mitragynine and can include:

Through similarly unknown means, it has been shown in rodents that the effects of chronic kratom use can degrade working memory in mice, such as spatial orientation and cognitive behavioral function. In addition, use of high doses of kratom has been shown to produce severe liver toxicity and mild kidney toxicity in a very short time; as little as 14 days.

Effects On The Brain

The effects of kratom are dose-dependent. This means that doing small amounts will produce stimulant-like effects. Larger doses produce an opioid-like effect. The reason for this is not exactly clear, but the fact that different “strains” seem to have a proclivity for either stimulant or opioid type effects suggests that the particular balance of active compounds such as MPI and 7-HMG plays a role in the effect produced.

The way that mitragynine works is very complex. It stimulates opioid receptors weakly but also interacts with serotonin and norepinephrine receptors. 7-HMG, while a more potent opioid receptor stimulator than mitragynine, is both present in the raw kratom plant and produced from the human body’s metabolism of mitragynine. Painkilling effects of mitragynine is more pronounced when taken orally as opposed to injected. This suggests an additional metabolite is produced during first-pass metabolism that may contribute to the painkilling effects. Injecting mitragynine straight into the brain of mice produced a similar painkilling effect as when taken orally. This also suggests that further metabolism may actually take place in the brain itself.

The medical use of kratom is a very contentious subject within the medical community. There are those who believe that kratom can offer minor therapeutic benefits as a tool in certain health treatments. Others are much more cautious, citing the many risks associated with kratom. Kratom has already resulted in deaths through overdose. It is clear that it does have a potential for abuse as many treatment facilities can attest.

Much more research is needed before a definitive and factually supported position can be taken by the medical community and government. In the meantime, proceed with caution and don’t hesitate to reach out via our contact form or find an Atlanta rehab to get help. Just because it isn’t a controlled substance doesn’t mean it isn’t dangerous. If you’re struggling with kratom use and want to stop, contact a detox center in Atlanta to have the best possible chance to safely stop using kratom.

We’d love the opportunity to help you during this overwhelming and difficult process. The Summit Wellness Group is located in Metro Atlanta, Georgia and all of your calls will be directed to one of our local staff members. Our sincere passion is helping people overcome addiction to live full, meaningful, and healthy lives.

Call us 24/7 at 770-299-1677. If we aren’t the right fit for your substance abuse treatment needs then we’ll utilize our expertise and connections within the Georgia treatment industry to assist you in finding the rehab that is best equipped to help you. Alternatively, you can fill out the contact form below: