What Happens When You Use Cocaine?

Cocaine is a central nervous system stimulant and is commonly known as a "party" drug. There is a good reason for this slang term, as cocaine use leads to increased energy and alertness and can reduce the effects of alcohol, enabling someone to drink more. These effects come with a high cost, however, and cocaine use produces a variety of changes in the brain.

How Cocaine Affects The Brain

Cocaine is a very potent stimulant drug that affects a variety of neurotransmitters in the brain. Neurotransmitters are chemicals that are responsible for moderating and sending signals throughout the brain. Cocaine most directly affects dopamine. It also produces changes in the serotonin and norepinephrine neurotransmitter systems. Cocaine promotes the release of dopamine, serotonin, and norepinephrine while also preventing reuptake. This chemical recycling process maintains steady levels of neurotransmitters. Because it can prevent reuptake, the levels of dopamine will rise as it continues to build up instead of being cleared away.

Using cocaine will produce a flood of dopamine, serotonin, and norepinephrine to the brain. It also acts as a local anesthetic, numbing mucus membranes that are exposed. The flood of dopamine is responsible for mental euphoria and, to a lesser degree, increased physical energy. Increased serotonin also contributes to euphoria and produces an elevated mood and sense of well-being. Norepinephrine is both a neurotransmitter in the brain and a hormone in the blood where it promotes the release of adrenaline. Dopamine and norepinephrine are responsible for increased energy when using cocaine.

The high from snorting cocaine can last around 45 minutes to 1 hour. Cocaine has a very short half-life (studies vary but between 1-2 hours) which means that the body metabolizes and eliminates it quite quickly. This results in plummeting levels of dopamine, serotonin, and norepinephrine that can often feel like a crash. The longer someone has been doing cocaine, the worse this will feel.

The surge of dopamine and norepinephrine produced by cocaine use creates a rush of euphoria and increased energy. This surge of energy may increase reaction time as well as create an urge to talk. Also, both male and female sex drive may be enhanced through cocaine use.

There is a strong tendency for people using cocaine to feel extremely close to those around them. This can result in a feeling of tight-knit camaraderie with others. Experiencing an inflated sense of confidence and faith in one’s abilities is very common as well.

The increase in energy produced by cocaine use can result in a variety of hyperactive or even obsessive behaviors. One of the most common behaviors is nonstop talking. This can also include uncharacteristic honesty or openness about things a person may not normally discuss. Foot tapping, pacing, and chain-smoking are very common while someone is high on cocaine. Finally, cocaine tends to increase risk-taking behavior. Users may be more prone to making dangerous choices while using cocaine. This can include doing other drugs, drinking much more than normal, and getting into fights. 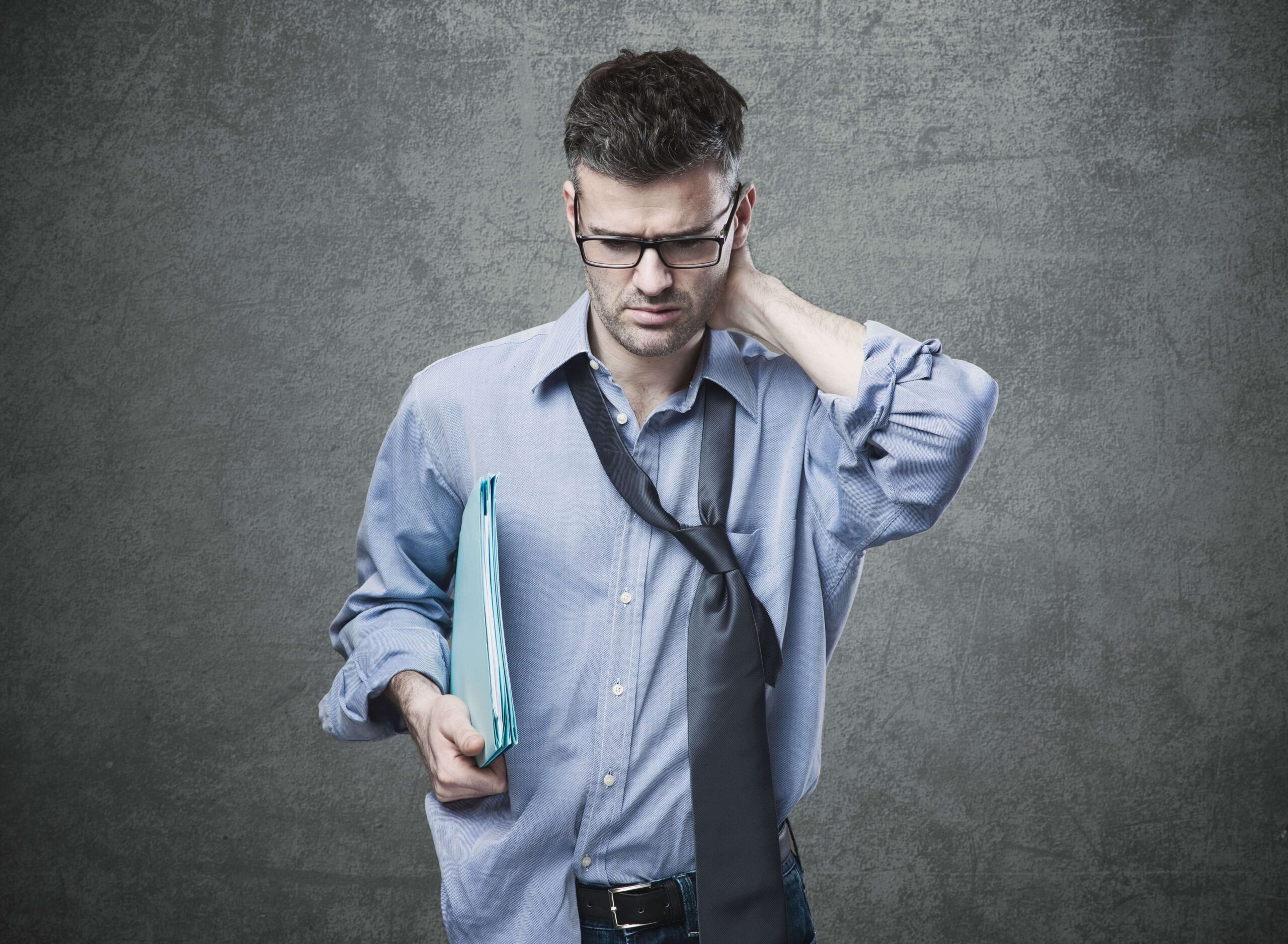 How Cocaine Affects The Body

The physical effects of cocaine use are due to norepinephrine release and the increase in adrenaline that this produces. This adrenaline rush affects many different body systems and can increase the risk of overdose or death. Being a stimulant, cocaine will speed up and amplify almost every system in the body.

Norepinephrine is a very powerful neurotransmitter and hormone. The release of adrenaline produces a massive impact on the cardiovascular system. Adrenaline is an important hormone and is most used during the “fight-or-flight” response to boost short-term physical and mental performance when facing predators, thereby increasing survivability. This overexertion of the adrenal system can cause heart rate and blood pressure to spike while also causing arteries to get smaller. The amount of available oxygen to tissues and organs is reduced and can tax other vital organs such as the liver, kidneys, lungs, and especially the heart itself.

While the drug itself has little direct effect on the lungs, the route someone chooses to use it may introduce complications. People who smoke cocaine (not crack, but freebase cocaine) can do extensive damage to the entire mouth, esophagus, and bronchioles or alveoli of the lungs. Pulmonary edema, asthma, emphysema, bronchitis, and pneumonia are quite common in people who smoke cocaine. Additionally, people who snort cocaine can do severe damage to the nose and sinuses along with the esophagus. When injecting cocaine, the risk of pulmonary embolism increases. Some of the most reported issues include wheezing, shortness of breath, chest pain, fever, and coughing up black mucus.

While cocaine increases the function of other systems in the body, it actually slows or even stops digestion. This is a direct result of increased adrenaline levels. In an attempt to increase survival chances, the body redirects blood from digestion towards functional muscles and vital organs like the heart and lungs. That being said, cocaine itself does pass through the digestive tract after being snorted. It can inflict damage on its way through the stomach or intestines. One of the more common issues is mesenteric ischemia. This occurs when blood flow to the intestines is decreased, resulting in tissue damage and gangrene. This may then progress to bowel perforation and intraperitoneal hemorrhage (intestinal contents leaking into the abdomen), which is dangerous and can be fatal if not immediately treated.

Cocaine has some very serious repercussions on reproduction for both men and women. The highest risk is with women who are pregnant, for both the mother and child. Cocaine also reduces the fertility of all chronic users. The way in which fertility is affected differs between sex, so we will take a look at each.

Male Reproduction. While cocaine hasn’t been implicated in male infertility per se, it has been associated with subfertility in men. This is due to chronic cocaine use (5+ years), resulting in lower sperm counts, lower sperm motility (ability to swim), and a much higher incidence of abnormal sperm in the ones which were present.

Female Reproduction. While comprehensive and controlled human cocaine studies are hard to come by, we know that cocaine alters hormone levels and regulation. This, coupled with vasoconstriction, may lead to menstrual abnormalities such as very light or absent periods. Furthermore, cocaine has is a contributor to fallopian tube damage and blockage. Damaged or blocked fallopian tubes are one of the leading causes of infertility in American women today.

During Pregnancy. Cocaine can have a devastating and deadly impact on developing fetuses and could result in fetal and/or maternal death. Some of the common issues attributed to cocaine stem from a reduction in uteroplacental blood flow and circulation due to vasoconstriction. This is most likely responsible for a variety of birth defects such as:

Additionally, there is a much higher rate of miscarriage, placental abruption, and intrauterine growth retardation. Cocaine is also passed into the milk of nursing mothers, so even after the child has been born, cocaine still poses a risk if the mother is actively using it. There is also an increased risk of sudden infant death syndrome in children born to mothers who used cocaine while pregnant.

The effects produced by cocaine on both the brain and the body can be significant and devastating, but there is hope for a healthy recovery. This often begins at a partial hospitalization program and may be followed up by an intensive outpatient program. The more support someone has in early recovery, the better their chances are to achieve long-term sobriety.