Using Heroin: What are the Short Term and Long Term Effects?

Some of the most immediate and obvious effects of heroin are its depression of cognition and sensation. Heroin acts as a powerful central and peripheral nervous system depressant and painkiller. Depending on the route taken, heroin can have different strengths and durations. For example, when eating or snorting heroin, it is broken down into morphine through the first-pass metabolism. It will not produce the same intensity of euphoria associated with heroin use. Heroin itself is biologically inactive. It’s only once the body metabolizes heroin that it produces any effect.

To get an idea of what makes heroin so potent, let’s look at the proper name: di (2) acetyl (methyl/carbonyl group) morphine (primary drug). This simply means that heroin is morphine with 2 added acetyl groups. Acetylation is commonly used in organic chemistry to enhance the delivery of a drug across the blood-brain barrier. These acetyl groups allow a large amount of heroin to get into the brain very quickly. When heroin is injected, it is able to enter the brain before breaking down, allowing it to metabolize inside the brain. Once metabolized in the brain, heroin breaks down into the active drugs morphine and 6-monoacetylmorphine (6-MAM). These are the ones responsible for the high and euphoria that heroin produces.

Short-Term Effects of Heroin Use

Because of the speed heroin can enter the brain, there will be a surge of morphine delivered in a single dose and massive activation of the opioid receptors in the brain. This is much more powerful than taking morphine alone. It produces an intense rush of euphoria, relaxation, pain reduction, and a sense of wellbeing.

When injecting heroin, the effects felt are almost immediate. Some of the direct physical symptoms that are produced include:

Someone who has recently used heroin may also be easily agitated or irritable. They may also appear very tired or as if they are thinking and moving in slow motion. Users may also “nod off” while sitting, talking, standing, or in the middle of performing a simple task. They may awaken after a second or slowly relax until they jolt themselves awake by losing their balance. When heroin is injected, these effects may last for an hour or two and will slowly wear off over the next few hours. 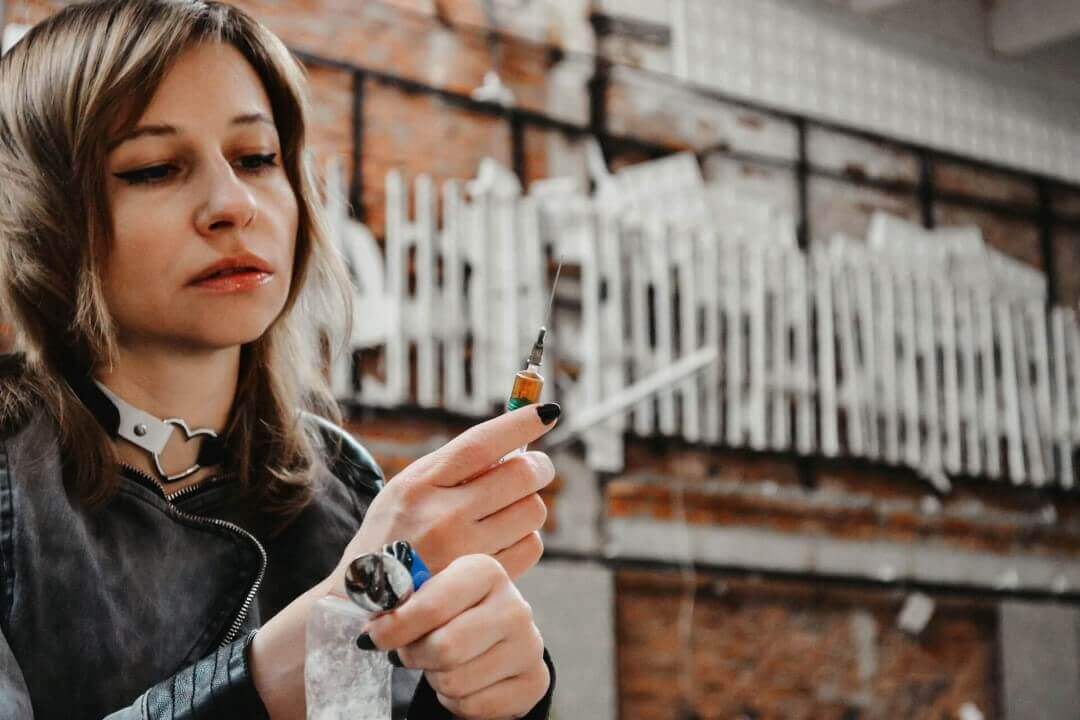 Long-Term Effects of Heroin Use

One of the more dangerous effects of long-term heroin use is tolerance buildup. This means that the brain and body have adapted to the presence of heroin through a process called down-regulation. More heroin is needed to produce the same effects. This happens very early and only escalates as more heroin is used. The development of tolerance also means that someone will feel increasingly uncomfortable without heroin. It is possible that after using heroin for long enough, a user’s body may never return to the tolerance levels they had before. This means that any opioid painkillers they may need for serious pain issues will be less effective. Medical help is highly recommended if someone is in this situation. Entering a detox center can help address these issues immediately.

Some of the more long-term effects of heroin use will take at least several weeks of regular use to appear. These issues have a wide range of severity and include simple discomfort, danger, and seven death. A few of the long-term effects may include:

The absolute best way to avoid these issues is to stop using heroin as soon as possible. This often requires help. Entering an IOP in Atlanta can provide the support necessary to begin the road to recovery.