What are the Signs that Someone is Snorting Drugs?

Snorting drugs is a common form if engaging in addiction. How can you tell if someone you love is snorting drugs? Knowing the signs is critical in helping save someone's life and getting them the help that they need.

It is not easy to hide the after-effects of snorting drugs like cocaine, even though the individuals doing the drugs may think they are being very discreet. Some of the most obvious signs include frequent trips to the bathroom, a constantly runny nose, and a variety of other behavioral and physical red flags.

Behavioral Signs That Someone Is Snorting Drugs

When someone begins snorting drugs, their tolerance to that drug will increase rapidly. This is due to the fact that more of the drug reaches the bloodstream than when the same drug is eaten. Additionally, withdrawal symptoms will appear sooner when someone snorts a drug as opposed to eating it since metabolism takes place more quickly when it is snorted. This can often lead someone to make frequent, time-consuming trips to the bathroom where they may leave the sink running full-blast for several minutes at a time.

Usually, when they come out of the bathroom, they are in a different state of mind than when they entered. The exact state depends on the particular drug they were doing. Stimulants can produce excitability and talkativeness while depressants can cause someone to appear drowsy, slow, and very relaxed.

Physical Signs That Someone Is Snorting Drugs

Another way to tell if someone is snorting drugs is that they may have frequent sinus infections or an ongoing sinus infection that does not respond to normal antibiotics or medications. This is due to the fact that they are constantly putting powder or crystals up their nose. This causes small open wounds, which creates a perfect avenue for bacteria and infection. 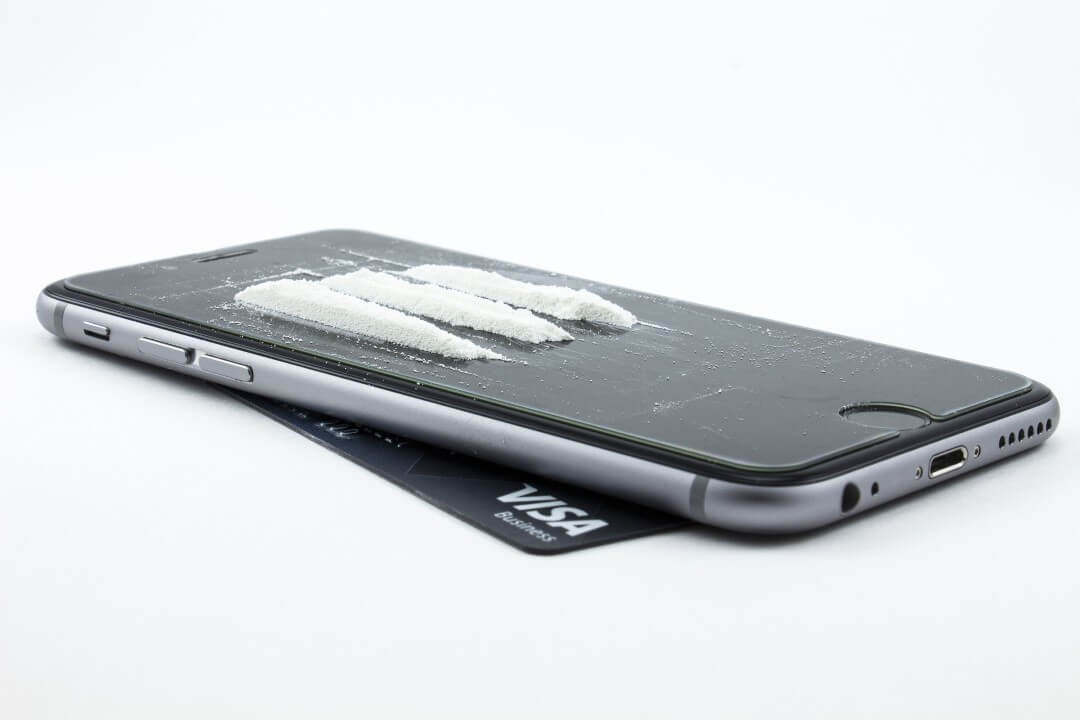 Why Do People Snort Drugs?

Snorting drugs is a common way to use many drugs. While it is less convenient than eating them, someone who snorts a drug will get a much stronger and more immediate high than if they had eaten it. The mucous membranes within the nose allow the drug to absorb rapidly and easily. A large number of capillaries and small blood vessels within the nasal cavity carry the drug throughout the rest of the body quickly and efficiently. When snorting a drug, the effects may be felt within about 2 minutes as opposed to eating a drug that produces effects in about 30 minutes.

Snorting is rarely the route that someone begins doing a drug. It is not uncommon for continued drug use to make snorting seem more appealing. Most often, someone will begin using a drug by eating it, and this may work for them for a while. Once their tolerance starts to build, they will need more and more of the drug to produce the same effects. At a certain point, they may hear that they can snort the drug and that snorting a little bit will be equivalent to eating a lot, even though it won’t last as long. Typically, the first time someone who already has a drug dependence or addiction snorts a drug, that becomes their preferred route.

When snorting a drug, the absorption into the blood from the sinus reduces the amount of time the drug is metabolized or diluted. Snorting drugs results in much more of the drug making it into the blood. This happens much more quickly when compared to eating it. Even though the high doesn’t last as long, the effect is much more potent and immediate. Someone can get high several times by snorting the same amount that it would take to get high once by eating it.

What Drugs Do People Snort?

There are many different drugs that are snorted. These include illicit and illegal drugs, but also legal and prescription drugs as well. Almost any drug that can be eaten can also be snorted. While prescription medication manufacturers have taken steps to reduce the potential for abuse by snorting, many people still find a way. That being said, some of the most commonly snorted drugs include:

Reasons for snorting these different drugs are very similar, if not identical, as they all can produce stronger effects when snorted. While the specific effects of each drug vary, the goal of snorting them is to get more “bang for your buck” so to speak. While snorting these drugs will initially produce stronger effects, it will also cause someone’s tolerance to rise. This results in snorting starting as a way to get more high off the same amount but ends up causing someone to need to snort to feel any effect at all.

Snorting drugs may seem harmless at first, but it does introduce some risks that are unique to this route of use. Some of these risks will only endanger the person who is snorting drugs themselves. Snorting can also cause damage to others as well, albeit indirectly. A few of the more serious risks of snorting drugs include:

The risk of HIV/AIDS and Hepatitis C are particularly concerning. Someone may get these diseases from sharing a snorting implement and not even realize they have them. They could then pass them on to someone else and be unaware of the damage they are doing. While some of the other dangers of snorting may seem minor, they may cause lifelong complications and difficulties later on.

If someone you know is struggling with drug abuse, knowing the signs of snorting can present an opportunity to have a conversation with them. If you’re not sure what to do, give us a call and speak to some of our addiction recovery specialists on how to approach the issue and get help for your loved one.